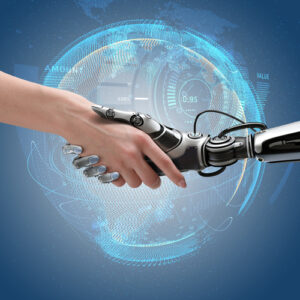 As I ponder my forthcoming session on the topic of “Content Curation” at the CILIP Conference in Liverpool this Friday 3rd July, I’m aware that the slides I was asked to prepare and submit to the organisers last month are already out of date. Unsurprising I guess given the rapidly changing business environment that underpins this discipline.  My notes did include mention of the emergent growth of fully automated content curation tools and platforms, and the inherent problems (as I see them) in thinking that technology alone will help us to make sense of the relentless streams of raw, unfiltered, context-free, data and information that pervades our senses during our working days.

I was therefore both surprised and encouraged by the recent announcements, coming hot off the heels from the likes of Facebook, Apple, Twitter, Google and Yahoo! that humans are in fact better than machines for sense-making and finding relevance. Facebook has announced a return to what Chris Cox, its chief product officer, calls “the qualitative”. This is an acknowledgement that real artificial intelligence needs humans at both ends of the input-output spectrum.

Facebook has hired several hundred people to rate the content that appears on its users’ news feeds. The music services offered by Apple and Google now offer their customers playlists assembled by human beings. Apple is also hiring a team of editors to work on the Apple News app unveiled during the company’s recent WWDC event, before the app’s launch as part of its iOS 9 software later in the year.

Twitter announced details of “Project Lightening”, which will provide collections of tweets curated from key events and trending discussions. They are recruiting a new team of editors who will use data tools to comb through events and recognise emerging trends, and pluck the best content for republishing from the ocean of updates flowing across Twitter’s servers.

So what does all of this tell us? I think it’s the dawning realisation that algorithmic systems (including AI) are not sufficiently advanced (and will they ever be?) to be able to understand the realities of modern life, its politics, its rapidly changing cliques, boundaries, rules and religions. The basic qualities of thought and reflection still elude the logic gates of even the smartest computers.

Though I started this post with a concern that maybe my month-old slides were out of date, on reflection they’re not. Maybe they don’t include incisive commentary about the latest updates from Apple, Facebook etc., but my session does focus significantly on the human elements of content curation, and the need for us to develop the disciplines, skills and competencies to be able to make sense of the world we live in.

Content Curation is done by people— information professionals, editors, writers, me, and perhaps you. It is NOT performed by tools, algorithms, robots or software.  When we curate content we can use these things to help us through the process of content curation, but we can’t rely on these things fully.

It’s a difficult job, but one which is in increasing demand by businesses the world over – as evidence from the likes of Apple and Facebook are demonstrating.